Posted on 26th July 2021
It is with great sadness that we share the news of the sudden and unexpected death of our friend and colleague Dr Justin Amery on 24 July 2021. He was known to many of us as an inspirational pioneering doctor in paediatric palliative care. But he was also a general practitioner, educator, trainer, researcher, writer, mentor, appraiser, coach and poet.
A GP, GP trainer and medical student tutor in Headington, Oxford for most of his medical career until his untimely death, he became involved in children’s palliative care through his role as Medical Director at Helen House Children’s Hospice from 1995-2005. He was instrumental in setting up Douglas House hospice for young adults. From 2011, he supported the children’s team at Keech Hospice.
Many children, families and colleagues will have benefitted directly from his dedicated, warm, kind, compassionate, insightful, open, supportive and professional input and expertise, always with their best interests at heart.
Passionate about supporting best practice, professional development and resilience, he designed and set up children’s palliative care courses for health professionals in the UK and internationally, especially in Africa. He had a particular link with Hospice Africa, spending extended sabbatical time serving in Uganda. Beyond palliative care, he also worked with ‘failing practices’ to help them turn round, as well as with individual health professionals who were struggling
In his wider strategic roles in paediatric palliative care, he initiated research into educational needs of hospice doctors, leading in the UK to creation of the subspecialty of paediatric palliative medicine, with its associated curriculum and training structures. He was a founding member of the Association of Children’s Hospice Doctors, leading in turn to APPM. Justin was passionate about improving children’s palliative care across the world, sharing his knowledge, expertise and gifts as an educator and writer to help bring this about.
Colleagues will have benefitted particularly from his inspirational and collaborative leadership, vision, insight, support and writing, in his roles as educator, writer, appraiser, mentor and coach. Through these roles, future generations of practitioners, children and families across the world will continue to benefit from his input. We are hopefully better people and the world is a better place because of Justin’s life. So much to be thankful for. So much to grieve for.
Our thoughts are with his wife Karen and the rest of his family. His funeral will be held on 23rd August in the Abbey, Dorchester on Thames.
Justin’s legacy will live on in the lives he influenced directly, and through the books and educational resources he authored, which he always determined should be freely available, hoping to improve children’s palliative care across the world, as well as resourcing and supporting colleagues. 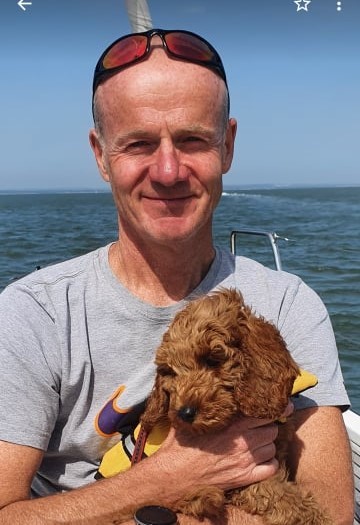 Links for free download for 3 of his books, in accordance with his wishes:
Children’s Palliative Care in Africa (OUP 2009)
A really practical handbook of children’s palliative care anywhere in the world
The Integrated Practitioner series: Integrating Everything. Kindle version here
Tagged as: News
Share this post: